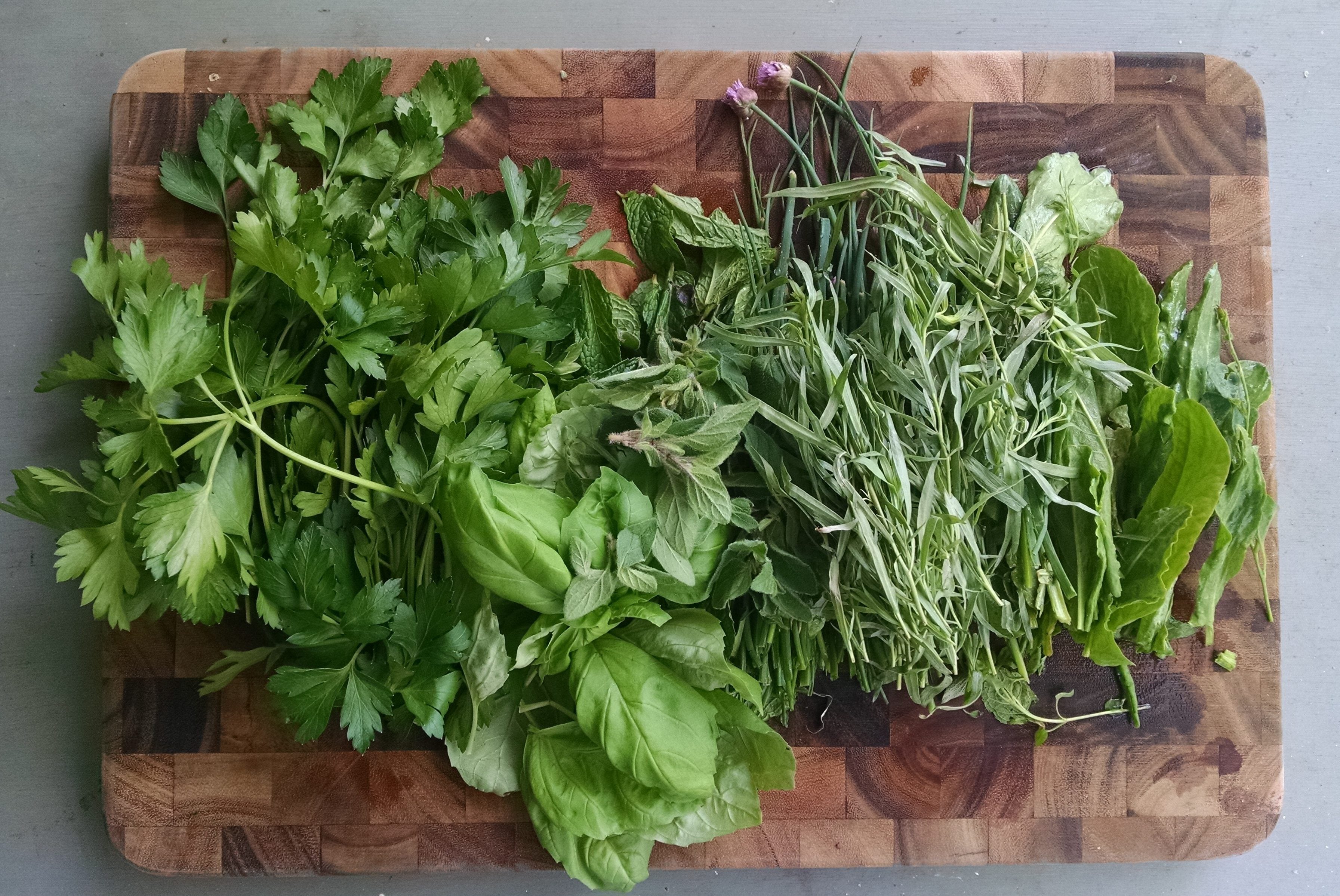 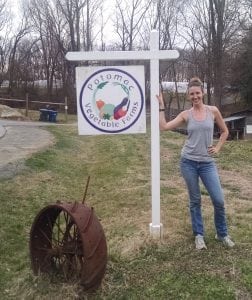 I’m back at Potomac Vegetable Farms for a second season, and last weekend we opened at the markets for the first time in 2017!  It feels great to get my hands dirty and enjoy the bustle of customers moving among vendors, arms loaded with beautiful flowers and baked goods and greens.  I love hearing how customers use our produce, and last week a woman described in detail a dish called “Frankfurter Gruene Sosse” – Frankfurt Green Sauce.  She spoke with such a wistful reverence about the German dish with seven herbs, sour cream, and soft new potatoes topped with eggs that I think everyone in our tent wished they had some right then.  The dietitian in me was thinking this sounded like a great way to offer a beautiful and nutrient-dense side: herbs have a similar nutrient profile to dark leafy greens – lots of vitamin A, C, and K, and the yogurt, eggs, and ricotta add a good amount of protein for a balanced side dish.

So about those herbs…

It turns out that several of the seven herbs are not ones I have access to, or have even heard of for that matter!  Chervil, borage, pimpernell? Nope, nope, and nein.  Being that we aren’t in Germany, I figured the important part was that there were 7 spring herbs represented, so I took some liberties with which ones those were.  Renaming it “Virginia Green Sauce” should take care of anyone’s indignation that I went a bit off the books!   We have a potluck every Friday at the farm for anyone working, and an actual German person said it was delicious and very close to what she’s had, however, so I will count that as a win.

In honor of Earth Day

This month’s Recipe Redux roundup includes recipes that cut down on food waste, and I wanted to share that since I’ve gotten an Instant Pot (a slow cooker and pressure cooker in one!) I’ve been saving my veggie scraps to make broth every month or so.  The leftovers from this recipe – lemon rinds and herb stems – made a beautiful fragrant broth that will be a delicious lemony boost to a future soup or cooked grain! I fill the pot with scraps, add water to the max fill line, and pressure cook it for 30 minutes, then strain. The eggshells, peels, and the remnants of a broth infusion get dumped in the compost pile at PVF, but if you don’t have access to a farm (ask around at your local market!), I highly recommend Compost Cab if you’re in DC.  Yes, you do have to pay for the service, but not having stinky, decomposing food in your trash can means you’ll fill it less often and maintain a much nicer kitchen environment!  Until more cities follow the example of places like Raleigh and Sacramento to make composting easier, vote with your dollars. 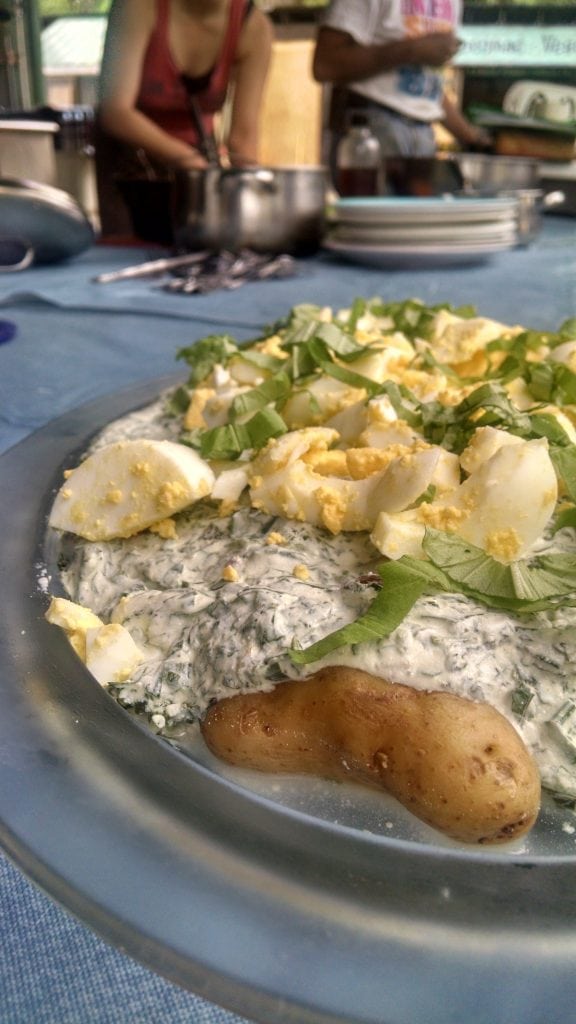 Finely mince or pulse herbs in a food processor until well chopped; reserve a few Tbsp for garnishing at the end.  Place in a large mixing bowl and add the lemon juice, salt, ricotta, yogurt, sour cream, and dijon, stirring to combine.  Peel and chop hard boiled eggs. Serve the sauce over potatoes in a shallow bowl, top with eggs and reserved herbs.  (Tip: if not serving immediately, keep sauce in a separate bowl as some water will separate out – just stir to recombine!) 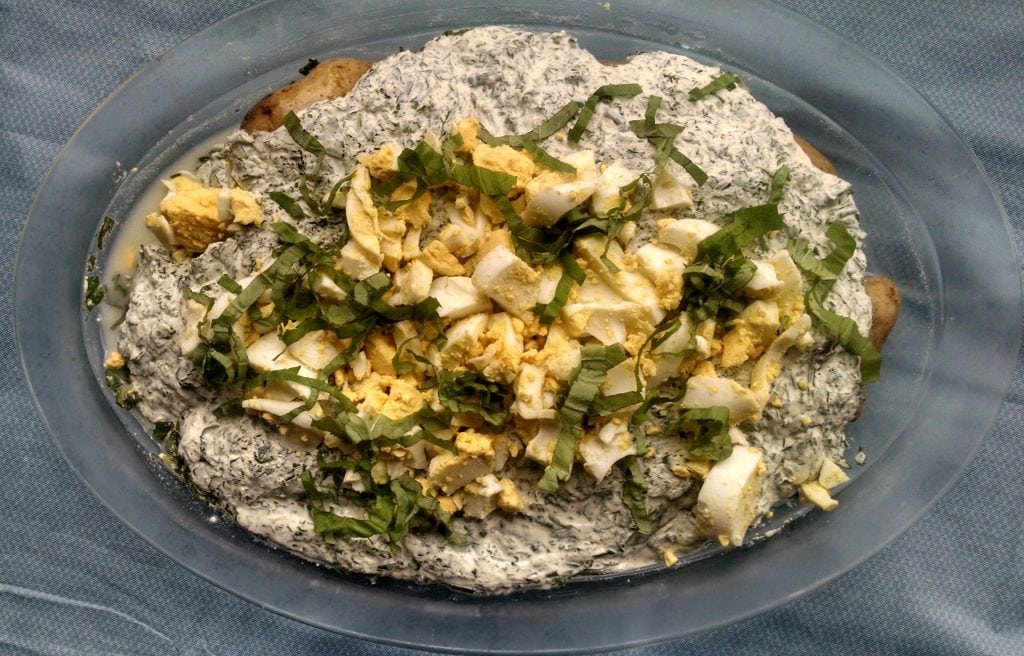 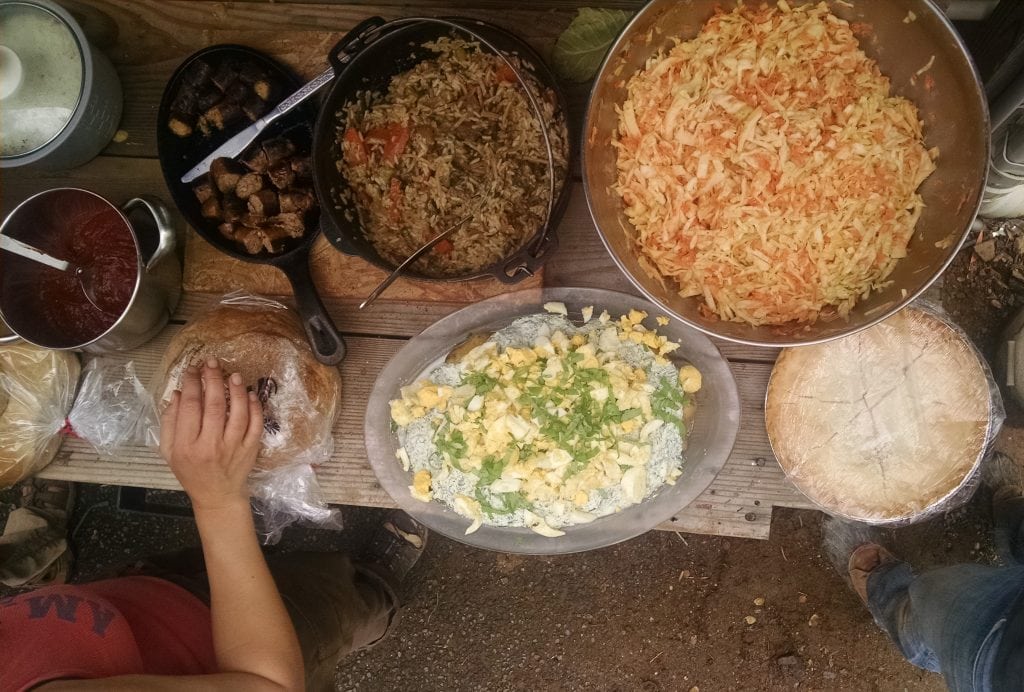 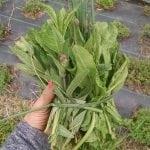 Fresh from the field! 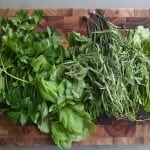 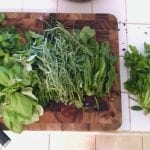 Stems to the side for broth 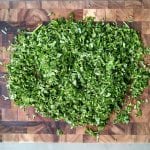 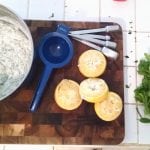 Mixed with the dairy, and broth ingredients to the right 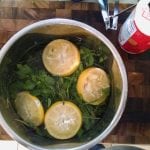 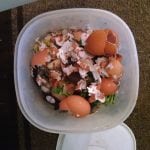 Compost bucket I keep under the sink.

Well Works is our monthly newsletter filled with great articles about health science, at-home tips on how to improve your everyday eating, recipes and recommendations

Who else had a fab weekend?! I got to take my seco

My little planters have all sold, but I'll be maki

I was thinking yesterday about how the concept of

I am working for a weekend at the shore right now!

Right now we have TOO MUCH basil to handle. I neve

Follow WFW
This error message is only visible to WordPress admins

Error: API requests are being delayed for this account. New posts will not be retrieved. 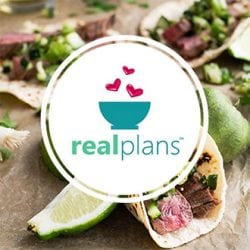 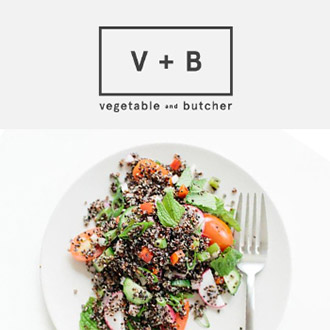 I’m a Registered Dietitian (RD) with a true love for food – I believe there is no perfect diet: vegetarian/vegan, low carb, low fat, Paleo, Weight Watchers can all work as long as you love what you eat and care enough to take the first step to better health through EATING REAL FOOD.